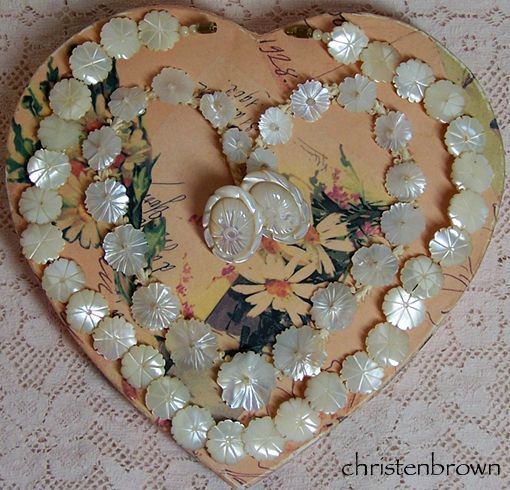 Mother of pearl or MOP is the common name for the inside shell of an oyster or mollusk. The iridescent nacre is a combination of minerals that is secreted by the shell-fish as a coating to protect their bodies from parasites and foreign objects. Aren’t we lucky the oyster knows how to do that! 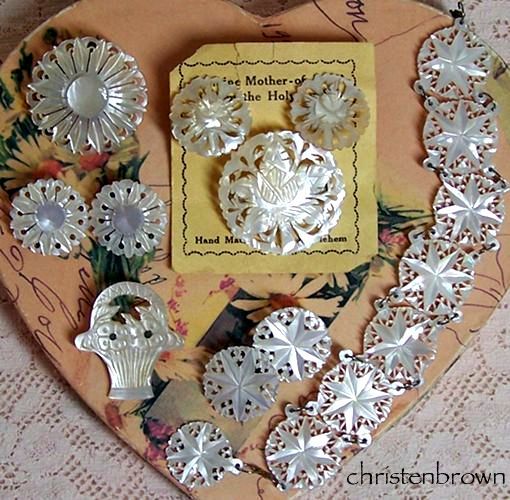 Mother of pearl is relatively inexpensive to use for jewelry and other items. The beauty comes from the nacre itself, lending a soft sheen of gold, blue, pink, green, purple or combination of colors to the white of the shell.

All of the examples here (excluding the basket of flowers) were carved in Jerusalem. These would have been sold as souvenirs to tourists during the 1940’s and 1950’s. The basket pin probably dates from the Victorian period. 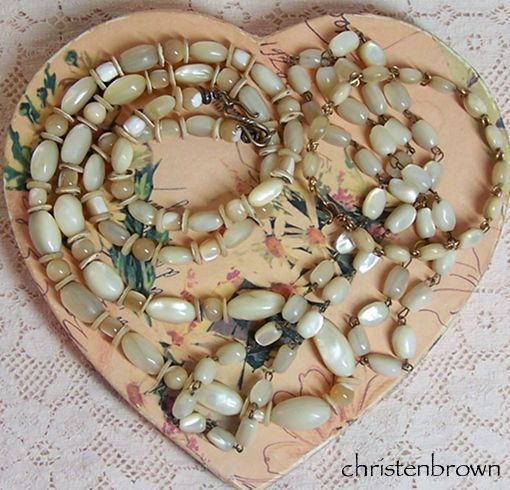 Mother of pearl was very popular during the Victorian period in England. The shells could be cut into beads, carved into objects, or inlaid into wood or other hard substances.

To the left is a necklace that I have made with the large oval-shaped beads from that period; also shown are a wire wrapped necklace and a wire wrapped bracelet both with Mother of pearl beads.

During and a short time after WWll, metal was scarce and people did not have extra money for luxury items.  Mother of pearl regained popularity because it was inexpensive and easily obtained. 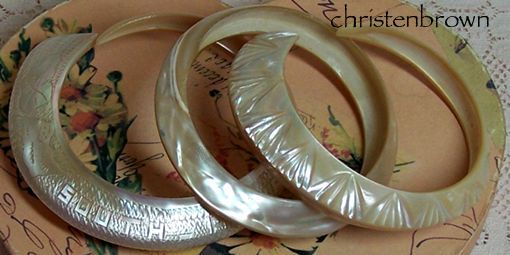 These bracelets are also from the 1940’s. These were common souvenirs brought back from the Philippines by soldiers for their sweethearts. These are carved from the whole shell, the outer two with carved details.

As with all Mother of pearl items, these should be stored separately, avoiding any sharp edges that could scratch the surface. If you need to clean this type of jewelry, try rubbing with a soft cloth, or a cloth dabbed in a mild solution of soap and water. Avoid the use of water on jewelry that has been glued, such as the rhinestone necklace; the reason for this is that the glue is old, and has shrunk, so any over use or water will dissolve what is left of the bond. 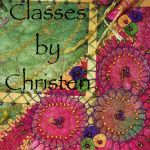 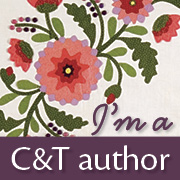 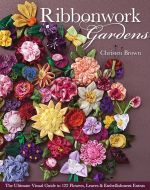 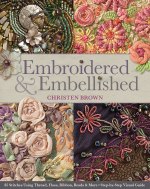 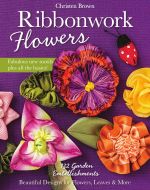 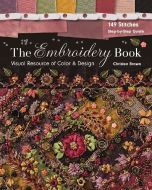 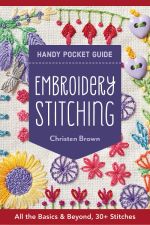 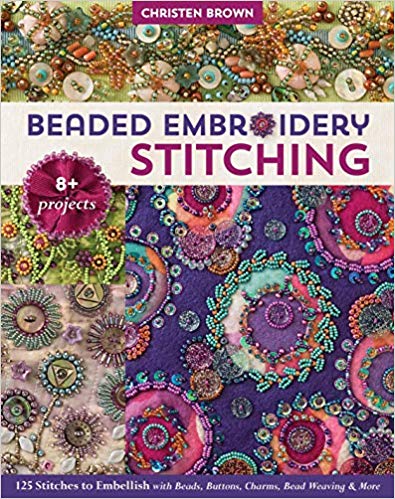 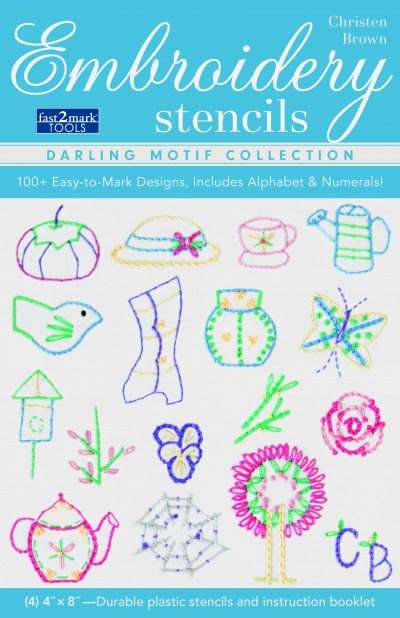